Sargeant Blanks took Ryan out for a Patrol this morning they went into unfrequented land towards Yasid village.  Up in the hills they found a small field of tobacco growing.  This illegal practice is not common so made a nice find for our gallants.  They may even bring in a small reward from the meagre customs. 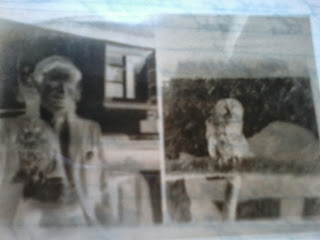 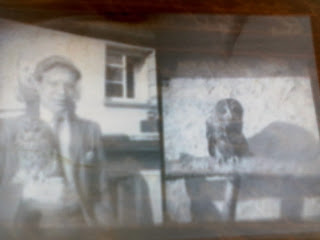 [I've no idea why this was inserted into the diary at this point... Maybe Dad just wanted to keep it safe - Don't know who it's of either.]

My biggest case yet was reported this morning.

6 armed men attacked the two complainants who were coming from Trans Jordan with two horses laden with contraband.  The robbers took the horses & goods & made off with them.  We have caught one but not found the others yet.


I wrote up yesterday’s case today.
In a big station it is imperative to finish off a case file not let it drift for a day as is possible in a seven case a month station.

On the whole there has been plenty of work to occupy me during this last week.

This evening McShannon, Ryan, Blanks & I went on ambush patrol.  We just missed 5 contraband laden horses as the party had an advance guard who was challenged before it was realised a larger party followed.

The real summer is here I should judge by the increased heat of late.  I perspire almost continuously.
Posted by Chris Baldwin at 11:26