I'll add to this list as things come up but don't hesitate to leave a comment if you have any questions... There's a direct link to this post in the right hand sidebar.

£P - the abbreviation used for the Palestine Pound the currency introduced under the British Mandate.  £P1 was made up of 1000mils

R.T.O. - Road Traffic Offence... even in the turmoil of the conflict the majority of policing activity was of a fairly mundane nature. 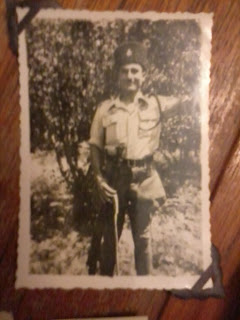 In the diaries Ron refers to Rural and Urban denoting, obviously, different stations and the zones for which they were responsible.